If we want to change our lives we’re often told to “think big” and to make bold decisions. It sounds sexy to make drastic changes that get dramatic results. However, we frequently overlook the impact of small, incremental improvements. With a little perseverance, tiny changes can compound and pay dividends in the long run.

In this article we explore why habits can be tricky to build and why people tend to give up on them. We then look at how you can succeed where others don’t, to reap the rewards tiny changes can bring.

Focus on performance to get results

It’s possible to get great results while not performing as well as we can be. The benefit of reaching our best performance is so that we can achieve the results on an ongoing basis. In most businesses people use performance and results interchangeably. But from a sports perspective they are very different. If you ask a sports-person after an event, race or match they won’t talk about the result – they already know that. They talk about their performance. The inputs that went into their output. The variables that they changed to influence the outcome. As Co-Founder Ben Hunt-Davis suggests, “Your best chance of getting great results is to stop focusing on the results. Instead, focus on the process that will get you the result.” In the words of the late great 3-time Superbowl winner Bill Walsh, once you do so, “the score takes care of itself”. 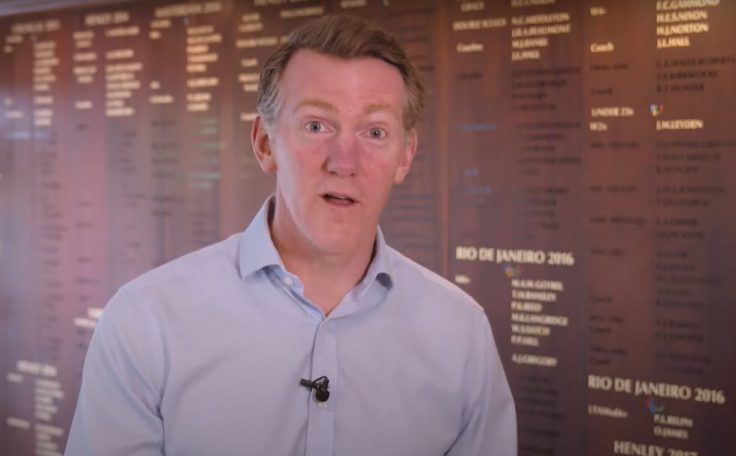 “Your best chance of getting great results is to stop focusing on the results. Instead, focus on the process that will get you the result.”

The power of tiny changes

James Clear, author of the bestseller Atomic Habits, explains how the effects of small changes compound over time. If you get just 1 percent better at something each day, you’ll end up with results nearly 37 times better after a year. Conversely, if you get 1 percent worse, you’ll decline nearly down to zero. Repetitive behaviours be they good or bad, can accumulate into something much more. 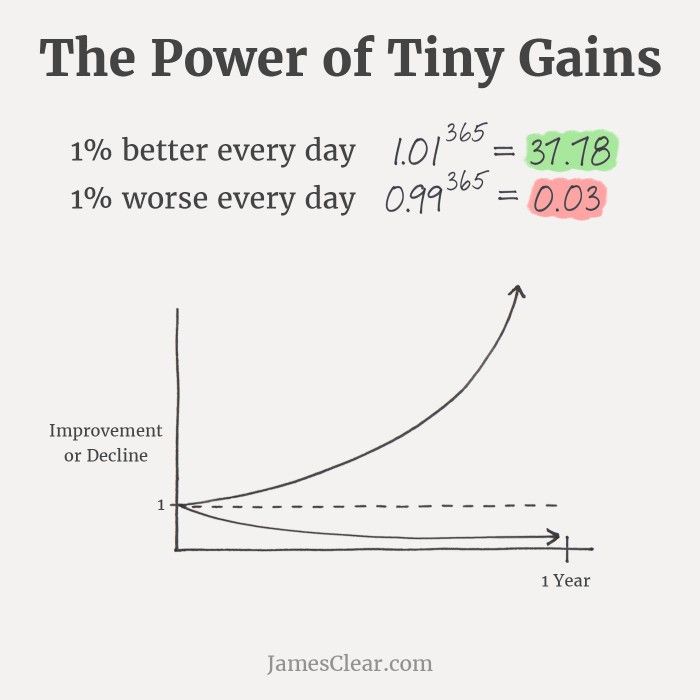 This concept has a multiplier effect in a team setting. Rugby World Cup winning coach Sir Clive Woodward wasn’t about changing things 100%. Instead, Clive suggested to the squad, “if we do 100 things 1% better, we can be world champions”. In looking for the marginal gains wherever they could find them, they made incremental improvements which meant they performed better than the rest. Across a whole team, England’s 2003 ‘20-17’ victory in Sydney demonstrated that tiny changes can yield exceptional results.

This is a sentiment we see reinforced throughout Ben and the Crew’s story en route to Olympic Gold. As he explains in the below video: 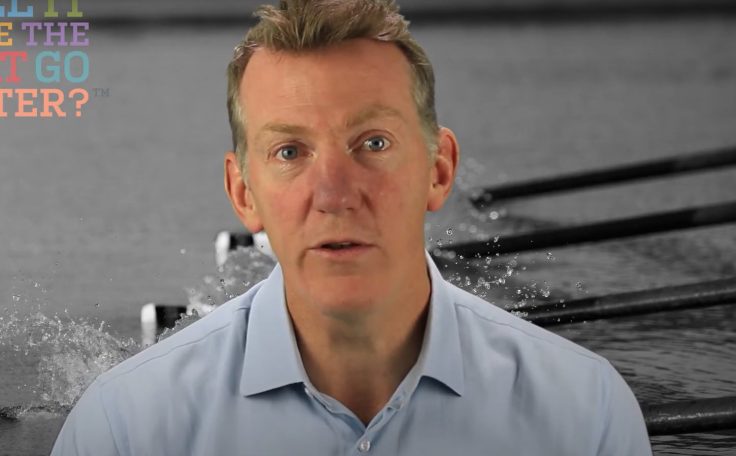 One of Clear’s central points is that “Habits are the compound interest of self-improvement” – they add up over time. We often expect progress to be linear. In reality, the results of our efforts are often delayed. It is not until months or years later that we realise the true value of the work we have done previously. People are vulnerable here to feeling discouraged as they hit a “Valley of Disappointment” (shown below). After putting in weeks or months of hard work they are still not experiencing any results. However, Clear suggests this was not wasted work. It was simply being stored. It is not until much later that the full value of previous efforts are revealed. 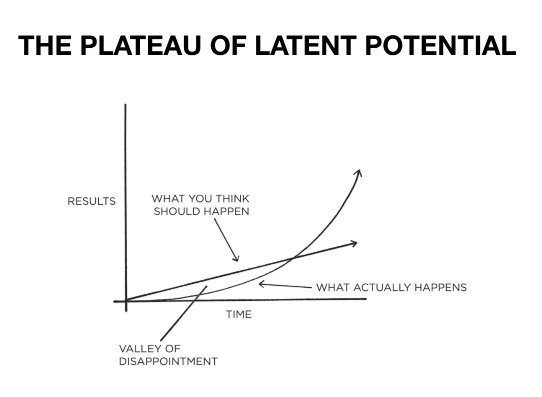 It’s important we understand this before committing to a new course of action, as your outcomes are a lagging measure of your habits. For any habit to show the results we want it to, it must first pass what Clear calls the plateau of latent potential. Habits often appear to make no difference until you cross a critical threshold and unlock a new level of performance.

Unfortunately, the slow pace of transformation can mean that many people give up when they hit the Valley. This frustrating period is precisely why it’s hard to make new behaviours stick. It’s also why, when many see someone else’s success, they think it must be an “overnight success” as they don’t see or understand the tireless efforts that have led to that breakthrough moment.

The San Antonio Spurs, one of the most successful teams in NBA history, have a quote from social reformer Jacob Riis hanging in their locker room to remind them that patience is key, here:

“When nothing seems to help, I go and look at a stonecutter hammering away at his rock perhaps a hundred times without as much as a crack showing in it. Yet at the hundred and first blow it will split in two, and I know it was not that blow that did it, but all that had gone before.”

As Clear notes, winners and losers often have the same goals. The difference can be found in how the winners have sought to constantly tweak, experiment, and improve. Then, they build habits around the behaviours that they know will be important in their performance long-term.

With the above in mind, how can you build habits that will stick? Here’s our top tips:

1) Get curious about your recipe – understand the performance ingredients that go into your recipe. With Ben’s example, the crew had a clear direction – a Gold Medal. All the changes they made focused on making the boat go faster toward that goal. In a similar vein, frame these questions with your own personal goal, or that of your business in mind. Ask yourself these questions to help you uncover what’s working and what’s not:

2) Be aware of a concept called ‘activation energy’ – the amount of energy needed to get started on a task. Research has shown that your brain has a spike of activity (effort) when you start something, but once you are started, your brain displays much less activity. So, the hardest part is the first part. To overcome this initial hurdle, we suggest using our 10 minute rule. With the tiny change you’re looking to make, whether it’s getting off the sofa to exercise each morning or making a start on a task or project that keeps slipping off the to-do list. At the start of each day give yourself permission to do it for 10 minutes only. It makes the whole starting process feel much more manageable and often with that breakthrough made, the 10 minutes turns into a longer session. Sounds simple! But so effective as it flies under the radar of our brain’s conscious thought patterns. 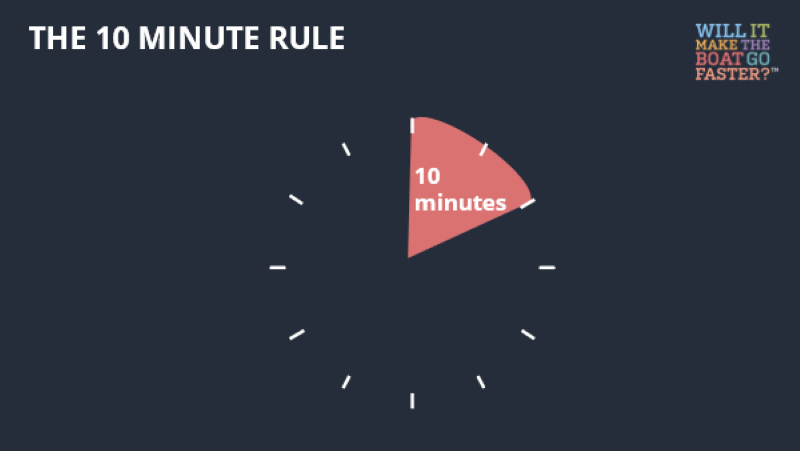 3) Embedding your new habit – Remember to anticipate the valley of disappointment and to push through it. In order to help you in sticking with it, we’ve designed a habit tracker (with some initial questions to help get your started) to help you keep going through the plateau of latent potential to hit that critical point where you hit a higher level of performance. A good way of building a new habit is to track progress and celebrate success with someone else. Choose someone you work with and ask them to check in with you over the next few weeks – to share their habit tracker and support each other. Download your free habit tracker here to get started.

By using this 3-step process you can make habits stick. Carrying them out in this order allows you to understand where you can shift the dial in your own performance to take you closer to your goal, get over that initial hump of trying a new behaviour and persist long enough to reap the rewards. Once you embed a habit – you’re not only making vital progress steps towards your goal – you’re doing so automatically. When we seek continuous improvement everywhere in our daily lives and develop new habits to reflect that, over time, high performance becomes the normal way we do things. The score will take care of itself. 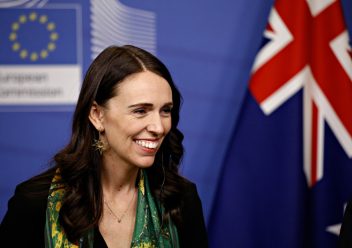 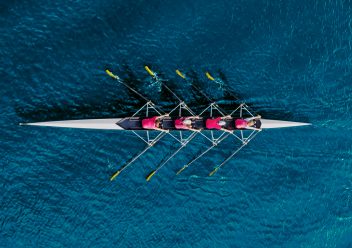 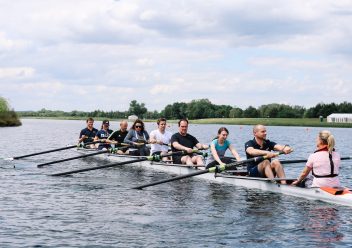 What Risks do Coronavirus Pose and What can you do About it?
Learn More