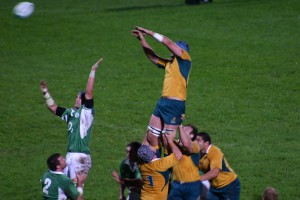 Improving Your Performance when you’re Down

It’s not been the easiest of seasons for the Australian rugby team. Less than a year out from next year’s Rugby World Cup, the Wallabies are struggling to rise beyond mediocrity and find themselves outclassed by their bitter rivals, the All Blacks.

We’ve all found ourselves in a situation where we need to turn around a disappointing performance. It’s exactly where Ben found himself in the lead-up to the Sydney Olympics in 2000.

“The previous ten years had been full of so much disappointment. I’d lost race after race. In ten years of racing I’d only won two proper international Regattas. I’d come 6th and 8th at the previous two Olympics, I’d finished 5th, 8th, 6th, 5th, 7th at the World Championships I’d competed in. All around me my friends were winning medals and the only thing that kept me going was the goal; the dream of Olympic Gold”

SOMETIMES the week just can’t end quickly enough. I suspect that this has been one of those times for the Wallabies. From an outsider’s perspective not much has gone right. But wish away all you like, for it’s not over yet: there’s a small matter of the All Blacks to consider first.

In a week where the frailties of individuals and teams have been so exposed, one must retreat to the simple an­d most immediately ­soluble solutions to find a way ­forward. Even if it’s just a temp­orary way forward through digestible nibbles and not necessarily through big mouthfuls. There’ll be time enough for those after ­accounting for tonight.

Thinking about how one might approach this week I thought of the book, Will It Make The Boat Go Faster by British Olympic rowing gold medallist Ben Hunt-Davis and coach Harriet Beveridge.

It is a book which proffers strategies for everyday success through the ­simple lens of what will actually make the boat go ­faster.

A quote from Hunt-Davis ­introduces the chapter appropriately called Bullsh*t Filters. “There’ll be plenty of evidence that you can’t do it and plenty of people saying you can’t do it. You just need some really good bullsh*t ­filters.”

You can’t buy such filters, unfortunately, as they’d be priceless to help navigate through the challenges of such a week and help quickly determine what will make the Wallabies’ boat go faster. Faster forwards that is.

You probably don’t have to think too hard, either.

When we consider how to move forward individually and collectively, first, we cannot ­assume that everyone starts from the same position.

My experience of teams is that while some players ride the emotional wave — to the good and to the bad — others are almost oblivious to what’s going on around them.

The blissfully oblivious know what time kick-off is and their weekly clocks run backwards from there — every minute ticking ­towards 7pm Saturday.

Then there are the drifters, the most impressionable who gravitate to the noise — they know there’s a party on somewhere and they’re going to find it — again, to the good and to the bad. Influence them correctly and you sway ­towards a positive outcome, don’t get to them and you leave it to chance. Unfortunately, luck, chance and magic on their own have rarely been enough to beat the All Blacks; it takes more.

Who influences the team?

Finally there are the influencers. The people who can sway the drifters and point the oblivious in the most useful direction. But are the influencers on the good wave or the bad? For it will be they who will have the most bearing on the outcome. Of course there are limitations to what you can achieve in a week so you have to prioritise. And the first thing with prioritisation is perspective, and when you put this team in perspec­tive all is not ­broken. In fact, there’s a lot to like about them.

Take their defence. Roughly 275 tackles against the Springboks might not suggest we were that successful at winning and maintaining possession but it sure ­demonstrates commitment and defence is often the best measure of whether your heart is in it. Their hearts are in it.

Another potential threat to success in any challenged environment is to make decisions through generalisations. Generalisations are populist because they take us out of the grey and into what we consider is more definitive, the black and the white. But there are few certainties in complexity and teams and strategies are complex.

And it’s in this analysis of the detail, this ability to unpick a complex challenge and deliver a simple, but not simply derived, solution that has marked Ewen McKenzie’s coaching card. His best efforts have never been more needed than they are now.

Ultimately though, to have any chance of beating the All Blacks tonight, the Wallabies need a ­common, uniting goal. Enter Adam Ashley-Cooper in his 100th match. Ashley-Cooper has been a wonderful contributor to the Wallabies in statistics and in style. He’s been a matchwinner and a solid performer. He’s been versatile and reliable. He never does much wrong and gets a lot right. Further, he’s very popular among the playing group. He’s saved the Wallabies before so why not again by orchestrating his 100th at just the right time.

Some time past midnight, when their work is done and the result known, each of the Wallabies’ heads will hit their pillows, the week will be over and life can go on. For now.

Thanks to John Eales for some insightful thoughts – we wish the Wallabies every success in the coming months as they work on improving their performance.