Since opening its first branch in 1836, Jewson has expanded to offer a wide range of products and materials from everyday items like timber and bricks, to landscaping and roofing. Across Great Britain, the builders’ merchant also has specialist tool hire and kitchen and bathroom centres.

Jewson’s operational leadership population was highly experienced but there was a recognition that some traditional leadership traits were not allowing the organisation to evolve as quickly as it needed to. There were inconsistencies in approach, along with the tendency to work in an isolated way with competition between silos. A newly agreed vision for Jewson meant they needed a new approach.

Will It Make The Boat Go Faster? conducted in depth diagnostics to gain a complete understanding of the brief and the personalities involved. These 1:2:1 interviews helped to build trust and confidence in the programme. We built a bespoke solution for Jewson, which touched all levels of employee across the business and lasted approximately 12 months.

The Programme included modules such as Leading Through Change, The Power of Feedback, Telling It as You See It, Performance vs Results and Focusing on What’s Important. We hosted a team rowing day, where delegates could test out the skills they had gained in a real-world and fun environment. Critical to the impact of the final Programme was the teamwork between Jewson and Will It Make the Boat Go Faster? The Programme continually evolved in response to Jewson’s changing needs.

Jewson’s leaders developed the mindset, skills and ability to lead through a time of huge change. 96% of delegates believe the Programme has made a significant difference to their results. Most noted was the ability to network with peer groups previously unknown to them; improved rapport with existing peer groups and stronger relationships across the population. Individuals noted increased ability to manage change, to give and receive feedback, to prioritise their work, and to continually maintain focus on high performance.

Senior delegates noted a change in leadership style developing a far heavier focus on coaching and their direct reports embraced the greater sense of team empowerment and autonomy. The leaders are now building the capability of their teams, retaining colleagues who might otherwise have left and lifting performance levels.

The leaders are now building the capability of their teams, retaining colleagues who might otherwise have left and lifting performance levels.Ultimately as a result of investing in this programme we have many examples of wide-ranging positive outcomes and results for individuals, teams and Jewson as an organisation.

Crazy Goal Programme & Leadership Programme Case Study
We are delighted that as as result of the Programmes employee engagement increased by 11% over a single year and customer satisfaction increased from 59% to 83%. Along with this every individual became clear of what they were trying to achieve in lieu of the FSCS Crazy Goal.
Learn More

Conference Case Study
We helped Tillotts UK to create and embed their new challenging and motivating goal. Following the conference, the team had great clarity about the overarching goal of the company and had the focus they needed to move the boat forward, together.
Learn More 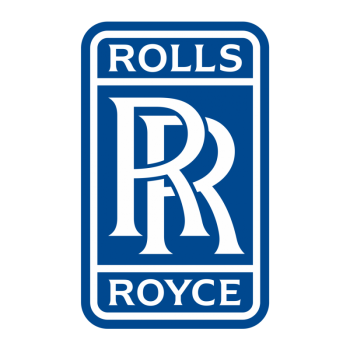 Crazy Goal Workshop & Leader Led Training Case Study
Rolls-Royce approached Will It Make The Boat Go Faster? following a period of aggressive growth where they moved from niche player to second behind GE in terms of market share. As a result of the Programme performance levels rose and the team became highly invested in their day to day work, like never before.
Learn More

Please complete the short form below and one of our team we will get back to you within 24 working hours at the very latest.
Thank you for your enquiry