So Much to do, so Little Time!

Harriet Beveridge is Head of Performance Programmes, key-note speaker and co-author of Will It Make The Boat Go Faster? Harriet specialises in one-to-one and group executive coaching and is also a stand-up comic.

How focused are you on what’s important?

I mean hand-on-heart, really, really, really focused? We are all so busy, serving multiple stakeholders, that it can be a daily struggle to see the wood for the trees. When we focus on what’s important we feel fulfilled and energised, we eat obstacles for breakfast, we move mountains. To get coachees to focus I am an – unashamed – broken record the number of times I ask, ‘Will it make the boat go faster?’. I get them to imagine what they’d say no to if they could only work a couple of days a week, or what they’d prioritise if they could only be contacted a couple of hours a day.

I’m having a bitter dose of my own medicine this summer. A few weeks ago, I got the phone call which every parent dreads, ‘Your son’s had an accident.’ We’re currently two operations down, at least three to go, keeping all fingers and toes crossed that the Doctors can restore some sight to his damaged right eye. Suddenly I needed to clear my diary and face months ahead of uncertain and limited working bandwidth. Why on earth am I telling you all this? Because it’s the most profound experience I’ve had of focusing on what’s important and I wanted to share what I’ve found useful in the hope that it will help you achieve what’s fundamentally important to you. Here are three key lessons I’ve learnt about identifying what’s important and five top tips for keeping focused on them…

Lesson one: be brutally honest with yourself about what’s important

I’ve started to notice that we all talk a lot of ‘should’ about what’s important. Be brutally honest with yourself about what truly drives you. There’ll be the good, the bad and the ugly. For me for example, I genuinely want to make a difference and be creative (hurrah!), but I’m also egotistical and a terrible people-pleaser (yuk!).

Why is that useful? Because it shows you both what to focus on and the weaknesses which distract you. For example, I’m finding it hardest to say ‘no’ to work things that might let other people down. I am also most tempted to say ‘yes’ to things which massage my ego (hmmm, any co-incidence I’m writing an article which goes to all of our clients…? …Sigh). How does this show up for you? I bet there are things on your to do list this week that won’t really make your boat go faster but are still alluring.

Lesson two: every addition is in fact a multiplication

I have a mixture of awe and envy for the simplicity of Ben and the crew’s singular goal: ‘Win Olympic Gold at Sydney 2000’. They prioritised it above pretty much everything else – brutal, but stunningly effective. Every time you add something else to your ‘important’ list, don’t think of it as simply adding, think of it as multiplying the complexity and difficulty level. For example, our Crazy goal at Will It? has three elements: ‘Make a difference; Smash our targets; Enjoy our lives’. We know achieving one of these is hard and all three is super hard.

Over 20 years of coaching I’ve noticed that we all tend to underestimate the effort most things take. We forget that it’s not just the act of doing, it’s the communication required, the load on your energy and emotions: whether it’s the drain of doing something simple, but boring (e.g. perhaps filing), or fun but knackering (e.g. perhaps a stimulating project), it still depletes your battery.

Whether you like it or not there are some things which simply have to be on your ‘important’ list or you’ll fall over. I’ve always described myself as ‘non-sporty’ – when Ben and I wrote the book, I was the comedic coach potato ying to his world beating sporty yang. But that is bollocks. We all need a level of sleep, nutrition and exercise. We might be able to get away with skimping for a while, but my goodness it will come and bite you in the backside if you ignore it too long. Don’t confuse ‘I don’t like it’, with ‘It’s not important’.

Similarly, don’t confuse ‘This feels indulgent’, with ‘It’s not important’. Every athlete builds recovery into their schedule. It is just as important as going to the gym or honing their technical skills. I am eternally grateful, both to the nurse who commanded me to sleep in a proper bed in the children’s ward, rather than the patient-side chair and also to the friends who ‘forced’ me to join their walking club to get fresh air and social support. What are the important elements of self-care that you need to sustain high performance?

I hesitated to write such a deeply personal Performance Insights, but I figured that even in the shiniest of shiny corporate boardrooms there’s a bunch of warm blooded human beings; I hope it’s been useful. We all have too much to do. There will always be constant calls on our attention and energy. One person’s ‘high performance’ is another person’s ‘rather them than me’. Good luck choosing the direction of your boat and good luck making your boat go faster. 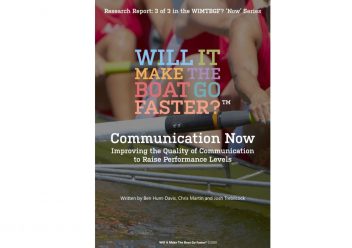 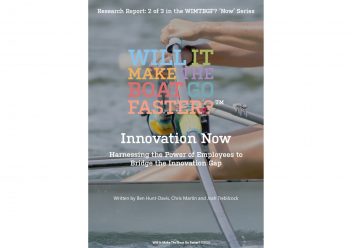 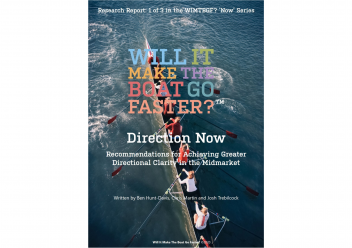