Can you use these strategies to build self belief? 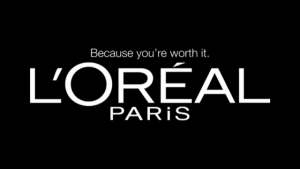 Tried and tested techniques to build self belief

Before I worked with Ben, I worried that too much self-belief meant becoming the kind of person who has a massive ego, with that unrealistic, dull self-regard which bores the pants off everyone at a party. I was surprised that Ben was a thoroughly nice, down-to-earth guy.

I think a key reason is because the ‘DICE’ formula the crew used builds belief rather than self-indulgence. DICE refers to your beliefs about your goals and it stands for Deserve, Interesting, Can and Exciting. So how does my ‘make a splash at Edinburgh’ stack up against these?

I’m patently excited and interested in humour, it is a massive part of who I am. For example, on my wedding day my husband congratulated me on finding an off-white dress which perfectly matched the colour of the massive zit which had erupted on my chin. I knew I’d married the right man.  But I need to roll up my sleeves and put some serious elbow grease into polishing the D for deserve and C for can.

D is for Deserve.

I’ve coached many hundreds of successful women over the last five years and it’s funny how often the ‘am I worth it?’ question comes up. L’Oreal clearly did thorough marketing research to come up with the ‘because I’m worth it’ slogan to sell their products. I’m still not sure why so many of us entangle our performance in one specific area with our self-worth in general. Or why we confuse deserving something ourselves with stitching other people up, but we do. When I sat down and tested myself against DICE, I realised I didn’t think I deserved to do well at Edinburgh because there are so many other fantastic comics out there. But hang on, that’s ridiculous! I’m not saying ‘I have a God-given right’ or,  ‘I am the best comic that ever walked the planet’ or ‘Everyone else is a drongo.’ On reflection I deserve to make a splash at Edinburgh because we all do, because I’ve worked hard.

How can I make a splash? Is it possible? This is where the concrete goals are so vital. In my previous blog post I wrote about how I’d turned ‘make a splash’ into more tangible things like getting a decent sized audience and getting good reviews (and I’ve got metrics for each to really keep me focused). So figuring out how I can achieve these is much easier than the nebulous ‘make a splash’. For example, can I get a decent sized audience? Well, I can print posters, I can tweet, I can write these posts, I can walk the streets of Edinburgh handing out flyers. All of that sounds eminently do-able. I’ll also look in future posts about the power of getting help – knowing you have a network of support to tap into massively boosts your ‘C’.

…So if you, like me, thought rock solid self-belief was the preserve of deluded nutters, think again. Work through your ‘DICE’ list, give your hair a Jennifer Anniston-style flick and know that you can do it….and you’re worth it.