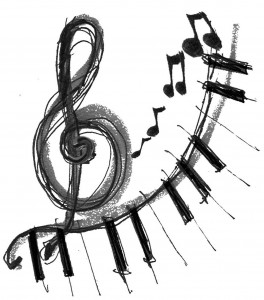 Is music key to improving performance?

Over the years we’ve shared a diverse assortment of strategies for improving performance on this blog. We’ve discussed the advantages of taking time to identify and  focus on what’s important. We’ve looked at the benefits of working on improving the performance of the team around you, and plenty of other strategies that come from the Will It Make The Boat Go Faster? principles. One strategy for improving performance that we’ve not covered, however, is the use of music.

We recently came across this article, featuring six playlists that, according to the authors, are psychologically proven to improve your performance. In this blog post, we’ll take a look at how you can use the music, in combination with our core Performance Principles to improve your performance and get more done in the remaining months of 2015.   We’ll also be putting this music to the test ourselves so be sure to keep an eye on our Twitter feed to find out how we perform.

Much has been written about the so-called ‘Mozart Effect‘ over the years. The theory is that listening to music composed by Mozart or other classical composers stimulates the brain, thanks to its complexity. The idea that ‘complex’ music, and Mozart in particular, is good for the brain gained popularity in the late 1990s. The US state of Georgia, for instance, spent a significant amount of money sending every newborn baby a CD of ‘brain building’ classical music. Unfortunately, a quick glance at the original research paper reveals that the science doesn’t match the hype. The effect exists but is only very short term. The study was conducted in a very small group of 36 students and Mozart was the only composer tested. A later meta-analysis revealed that, while listening to music does have a positive effect on performance, there is nothing special about Mozart, compared to other composers or genres of music.

Nevertheless, if you’d like to put the Mozart Effect to the test and see if it has a positive effect on your performance, we’ve found a Spotify Playlist with over 4 hours of the composer’s work for you to try. If you’d like to try something a little different, then read on…

Pumped-up music – not just for exercise?

At the other end of the musical spectrum comes high-tempo dance music. A team from KelloggInsight recently set out to discover whether listening to high BPM songs before a big meeting or important presentation improved a person’s performance. They discovered, as is so often the case in studies of this type, that the answer is actually quite complicated. The performance of test-subjects using the high and low power playlists was broadly similar. However, subjects who had listened to the high power playlist were more likely to be assertive in the meeting, whereas those listening to the low-power playlist were better able to keep a cool head.

So, in this case, before choosing your playlist it’s worth considering exactly how you would like to perform in the meeting. Wanting to perform well isn’t enough. You need to decide what kind of performance will help you to achieve the results that you want. Keen to give it a go? Here’s a high-tempo playlist to get you started.

Whether it’s the relaxing sounds of the forest or the waves lapping on the beach there’s no shortage of nature sounds that you can use to mask external distractions and improve your performance. Research suggests that these sounds perform a similar function to, white noise, which is used in some offices to cut out distracting background noise and chatter. Uncertain if it will work for you? Have a look at this playlist and let us know how you get on.

Of course, the only way to discover if music really is an aid to improving performance is to try it out for yourself. Choose one of the playlists above and see if you notice an improvement in your performance when you listen to it. Let us know the results!