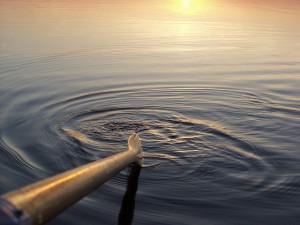 How can you apply bull**** filters?

Harriet Beveridge, co-author of ‘Will It Make the Boat Go Faster?” shares how she’s using the book’s strategies to make a splash at the Edinburgh Fringe with her Stand Up Comedy show this year. In this third post she looks at how she’s applying her bull**** filters to unhelpful beliefs.

Rationally you’d think that building strong enough ‘DICE’ beliefs – as I talked about in my last post- should be enough to keep us going. But we are way too clever for that. We are in fact all creative geniuses, who take the simplest of facts and transform them into finely crafted bull****.  This week the demons in my head have been pretty vocal about me taking my stand up show to Edinburgh. I feel supremely daft displaying them for all to see on a blog post, but here goes with my list of unhelpful beliefs:

Ben and the crew worked tirelessly to filter the bull****  – the unhelpful, limiting beliefs which would get in the way of gold.  How did they do it? They accepted the facts – in fact they were hungry to find out how things really were – and I’ll talk more about how I’m assessing my performance in another blog post. What they challenged were the unhelpful interpretations about the facts.  That’s exactly what I’ve had to do.  I’ve found I need to write down my bull**** to reinterpret it – arguing with myself in my head isn’t strong enough:

– “You’re not good enough”. Bull****. Humour is subjective, not everyone is going to love what I do, but I can see people laughing when I’m on stage so focus on that fact. I’ve started to cut out and keep the great feedback I’m getting. One lady in the audience last weekend confessed she’d done a small wee, for goodness sake.

– “You are not a proper comic” What on earth does that mean?!! I haven’t done the traditional circuit because it messes up my family life too much, but I’ve done plenty of gigs over the years. In fact every group coaching session I do for corporate clients is a stand up gig.

– “You are too old” Says who? What on earth has that got to do with the price of fish? And anyway there are plenty of people like Sarah Millican, Miranda Hart, John Bishop, Roald Dahl… who ‘made it’ later and are absolutely brilliant.

– “You shouldn’t abandon your family for 2 weeks”. We’ve all talked it through and they are completely fine with it. This is your bull**** not theirs. In fact they are coming up for a few days in the middle and the kids are wildly excited to be going to some proper Highland Games.

What’s been interesting is how once you focus on one aspect rather than another, it grows. For example, since writing down a list of older comics, I’ve found out about Lynn Ruth Miller, a lady in her 80s who is gigging successfully and winning awards. Since writing down the bit about not being a ‘proper’ comic, I’ve found out about the thriving alternative black comedy circuit and I’ve found some seriously funny bloggers.

So don’t listen to your own bull****. Facts are facts, but find the useful interpretation.