Mississippi Million – a Crazy Goal in the Making 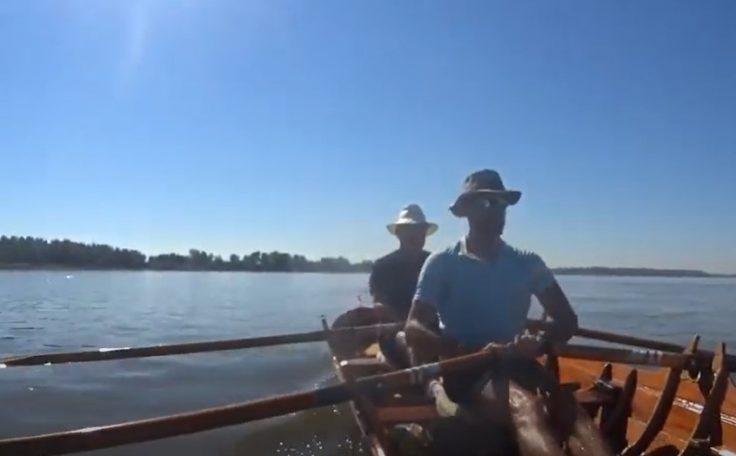 Making the Boat Go Faster on the Mississippi

We see many Crazy goals in our line of work – but perhaps none crazier than my weekend adventure on the Mississippi.

We always advise that a Crazy goal should be both stretching and memorable – perfectly illustrated by the goal of rowing down the entire 2,300 miles of that mighty river in two Victorian oak skiffs, and raising $1million by doing so.

That was the challenge that John Pritchard – Olympic medallist, Cambridge rowing Blue and Chairman of Right to Play UK – set himself 3 years ago. And I well remember having lunch with John in London at that time, inspired by his vision and determination and not a little worried that the summer sun might have got to him! 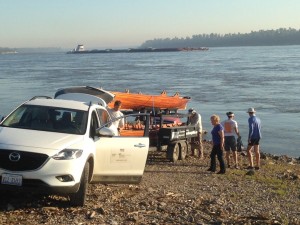 But he got it all together in the following months and years and on Sunday 28th and Monday 29th September I joined John and his team for two 30-mile stretches through Tennessee and Kentucky. Like many of you, I imagine, I’ve been to both coasts and to Chicago but never to the wide and flat states in middle America. And I was equally unprepared for the size, raw energy and speed of the Mississippi in its mid reaches. I missed the 4 mile wide stretches (yes, 4 miles – as wide as the Boat Race is long!) but bobbing around in a 20 foot wooden skiff with a tug pushing 40 grain barges nearby made me thankful of the mere 2 miles width we rowed over.

But what rowing – long sessions on the rowing paradise of calm water and a cooling breeze! And I had plenty of time in our two 4 hour, mosquito attacked, 30 degree sessions to contemplate what John was in the middle of achieving. He’d demonstrated our Performance Principles to the letter. He’d set his Crazy goal (see John’s story – “How did this craziness come about?” – on his website at www.mississippimillion.com) and built a team of supporters to manage the multiple, complex aspects of preparation and execution. Five supporters had given up their jobs for three months to take part, and I was welcomed with open arms for my two days hard work in the engine room. And if I needed a better explanation of ‘doing the right things and the results will come’, here it was. Stroke by stroke, mile by mile, day by day – we focused on getting our movements in harmony, our efforts aligned and our boat going faster! 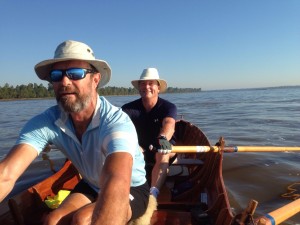 I was hugely inspired by the power of John’s Crazy goal and hope you’ll be interested to read more and make a small donation to a wonderful cause. With luck and spreading the word, they’ll reach their million dollars before New Orleans at the end of the month. If you’d like help setting your own Crazy goal try our cribsheet – and good luck!